Yoga for all Yugas

Yoga-related archaeological findings date back to almost 3000BC. As per Hindu tradition, Yoga is an ancient practice that was established on earth when a fish imitated Lord Shiva who taught postures (asanas) to his wife Goddess Parvathi. Such profound is the rich history and importance of Yoga that primarily originated in India.

Yoga is more than just exercise

For many of us, Yoga is a way of living a life.  It is associated with attaining inner well-being and peace. Practicing Yoga regularly renews our bodily health, helps in achieving a better lifestyle. And it also is preventive medicine for several chronic illnesses.  Yoga aids our psychological well-being too by bringing in peace and serenity and erasing negativity in any form within us.

As a channel to promote global health and harmony the United Nations has declared the 21st of June as International Day of Yoga (IDY). This date for world yoga day was not selected randomly but possesses a unique significance behind it. It is the lengthiest day of the year in the Northern Hemisphere. It is believed and established that it was on this day Lord Shiva (officially the first Yogi) started imparting his knowledge on Yogasana. What better reason and date to celebrate ‘International Yoga Day’?

This date was proposed by none other than the Prime Minister on India, Mr. Narendra Modi. The draft was presented for approval in the UN assembly which won the sponsorship of nearly 177 countries.  This number was a record break by itself and stands testimony to the importance of Yoga across the globe. Passing of resolution to this effect by the UN was a cakewalk and Ravi Shankar, founder of ‘Art of Living’ and other best yoga gurus praised Mr. Modi’s efforts to gain international recognition for Yoga which was otherwise considered just as an exercise. It is eye-opening to realize the manner in which Yoga day was approved and put to the best use of Yoga which is a treasure trove of India.

Promotion of Yoga by Indian Government:

Indian Government has always identified and given importance to Yoga and other alternative therapies like Ayurveda. It has run several campaigns to drive Yoga and Ayurveda to the masses. Setting up of separate ministry by the Indian Government to promote the importance of Yoga speaks volumes of the benefits of Yoga and why it should be celebrated every day. Swami Ramdev, one of the best yoga gurus propagates Ayurvedic medicines and takes Yoga to an international level by conducting camps that are attended by thousands and thousands. He plays a key role in advocating the benefits of Yoga to today’s school-going children. Indian Government celebrates International Yoga Day as a national event by designing multiple activities involving people from different walks of life, age groups, etc.

Months of preparations have gone into organizing events for the 5th International Yoga Day at Ranchi this year. More than 30000 people including several state dignitaries are expected to attend the main event and numerous lec-dem by famous yoga gurus pan India.

The best yoga gurus of India have come up with Common Yoga Protocol (CYP) and a sequence of asanas for a 45 minute long program. They believe that this structure will attract widespread participation. All government and private companies have been advised to motivate their employees to participate in Yoga events on the 21st of June. Same is the case with school/college students who have been advised to understand the importance of Yoga and other alternative therapies that are unique to Indian roots.

Must Read: Do These 4 Yoga Poses Regularly For Better Immunity

Following is a broad list of benefits of practicing Yoga daily:

Yoga is not something to do once or twice a day or a month. We must do rather celebrate it every day to reap its benefits in the real sense. Consistency is the key to enjoy the importance of yoga daily. Make simple goals for yourself. Keep it short and gradually increase the pace so that you get yourself stressed out too much. Remember Yoga is just not any other exercise. It is a way of life whereby our body and mind unites. Pay attention to your body and the day of self- discovery is not far away. Yoga when regularly practiced helps you celebrate you and everything around you. Enjoy your ‘ME’ time by listening to every minute cell of your body. Trust me this would be the abode of self -awareness which you were missing all your life.

Having listed the benefits of yoga, would you dare not to celebrate each day of your life as Yoga day? Go; grab your yoga mat right away.

How to Boost Immunity (9 Measures by Government) 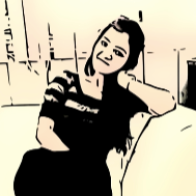 Nikita Arya
A girl with free soul and clear intention, decided to share her experience with the world.. This is how the FeedSnoop Originated! Read more

Do These 4 Yoga Poses Regularly For Better Immunity

ABOUT ME
A girl with free soul and clear intention, decided to share her experience with the world.. This is how the FeedSnoop Originated!
Read more
FOLLOW US
© Copyright 2020 -feedsnoop.com